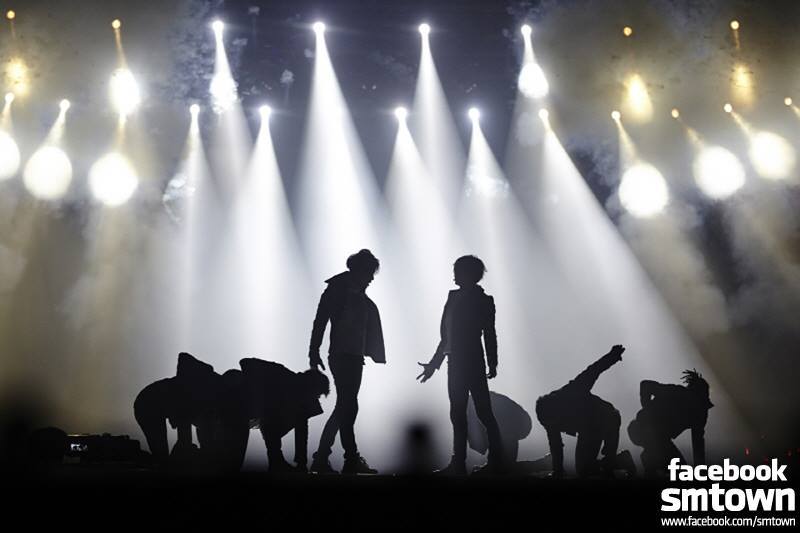 Albert Einstein says Time Travel is possible when your speed is close to the speed of light.
On the night of 26th and 27th of December, 2013, all of us traveled to the past 10 years with the speed of our own Red Light towards one bright star, TVXQ
After the first beat rings in my heart, I hold my breath, same like years ago
Dancers in black moves in the dark, then Dancers in white showed dynamic tumbling.
This powerful intro brought clean sound of oriental strings
M.A.X.I.M.U.M
The new black outfit fits perfectly well to the guys - they looks strong and calm at the same time as they really are
The outfit continued to a few more songs; but this is really for Maximum - it's definitely not for Here I stand haha, but it's okay, TVXQ can save times for changing clothes
When I heard their first voice to the fans, starting to tell about 10 years, yes, you can imagine I burst into tears
But I have to say it's different from what I felt in Catch Me concert
Now we are in more stable, successful and the best in happiness, so I can really feel joy only
Yunho and Changmin are in high tension more than ever from the first moment ;  I would say 26th was more powerful than 27th. Of course, it's 10th anniversary
When Yunho asked ' are you ready to enjoy? ' we all say 'Yay~~~!!!! '
Changmin said TVXQ will show the performance with more relaxed ways as 10 year-old-performer and they did
2nd stage with White suits, with Carols
Hahaha, in conclusion, I DO LIKE IT !
Especially for Sleigh Ride, TVXQ dances like sooooooooooooo cute ways.
pls try to check some fancams from your side, you should.
It's not powerful SMP dances, but more like boy group cute dances, or I usually call it 'choir dance' ^^ - shrug the shoulder in a cute ways
They knew how to move for carol songs - maybe if you saw the Vegas show, or movie about it, or if you know old jazzy song like Tony Benett, that's it~
Then talks again~
It's been such a long time since I saw TVXQ saying and singing in Korean and I remembered how fun and enjoyable it was to me
There are many MC parts- actually 8 parts of MC including ending good bye stuff
I'm usually not fond of too many talks in the concert - The concert is to enjoy the music and performance, right?
But in the very special night,  I was fully in their talks to each other, talks to the fans, talks about  themselves through video clips
I had no doubt it makes the concert be more special for 10th anniversary
I won't bring details of the stories, but the more important thing is they appreciate to the fans who have been waiting/supporting for 10 years
They made  really funny jokes but in the next moment, they also say so touching words for the past, the present and the future of TVXQ
I cannot forget the beautiful ballad songs of the nights from the old days
My little princess, 믿어요( I believe ) , 거짓말 ( lie ) , 약속했던 그때에 ( Always there,,,) and the Magic Castle
Each moment when they sing these songs about love, Yunho and Changmin's face are shining with warm smiles or sometimes their eyes are so deep and bright but kinda sad for the song
Especially, I'd like to say the magic castle was the best part of the whole concert
When Yunho starts the first tune of sweet, I can be in all good memories with him
Changmin asked the fans to sing a song together with his gentle voice, and we all sing together peacefully
Yunho and Changmin continued the melodies over the fans small but loving voices
The round stages are moving up and the light was so focused on two
Fans are starting to say '사랑해, 사랑해' - ' we love you' : that was the moment of the night for all of us, and TVXQ
From solo performance, you already got that Yunho and Changmin are now more comfortable for being easy and free
They really let themselves be open-minded for any kinds of performance / fun /fun / fun !
Of course, how can I forget 'Hug' ~~~ o! my! god!
I've never imagined the schoolboy-looks is still gorgeous for Yunho and Changmin!!!!
I mean, yes, I guess it might be cool and nice, but it was WoW !!! 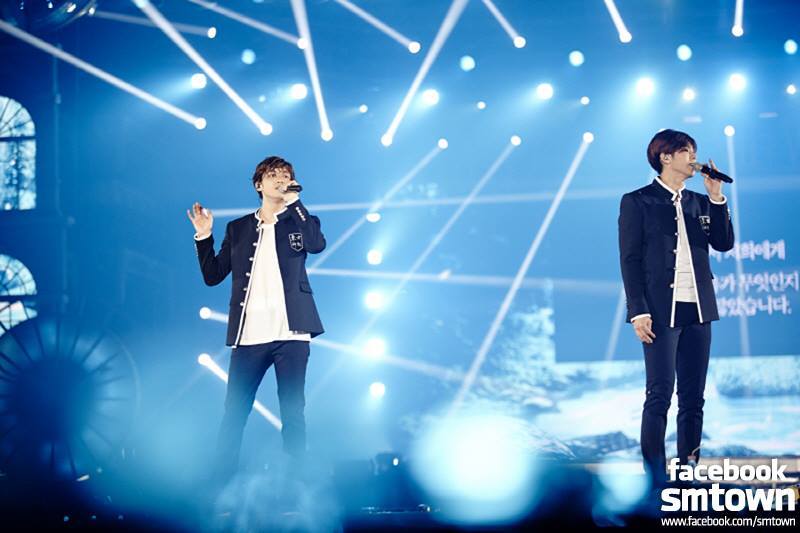 The 'Hug' was totally rephrased by Yunho and Changmin as sweet but powerful, ballads but dance performance as well with fun!
When the pitapat starts, my heartbeat was faster and almost cannot breath!!
Yunho calls ' Changmina! ' and Changmin did 'powerful dance part' for the call
What a night!!  ^______^
The lesson I've got there: TVXQ can rock even with school uniform - so hot; ;;; OTL...
This is my short feeling for overseas fans
This report is not including details of direct translation of what they say as there are already some information updated
I just wanted to share the atmosphere and my feelings even though I'm not native in English
Some of you are just starting the love this year of 2013, and some started this travel 10 years ago
The boys grow, and girls grow
But we are all in same place together as T
Thank you TVXQ,
Good job fangirls
Let's Rock in 2014 with Something from TENSE!
반말을 씁시다 Next 반말을 씁시다 2013.05.08by 드립
목록
위로 아래로 댓글로 가기
닫기
Comment '2'
목록